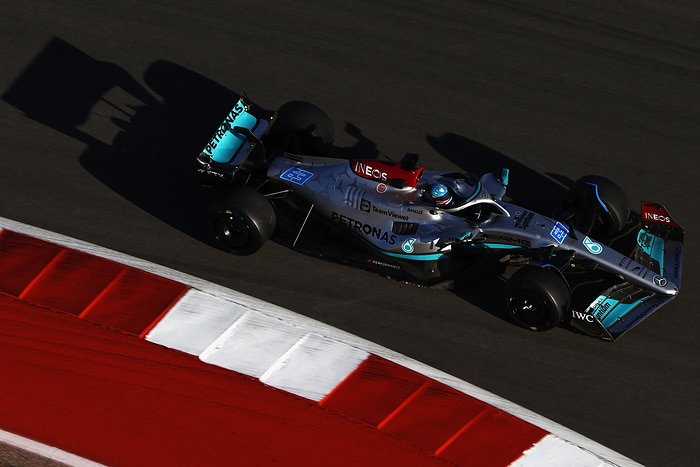 Race day in Austin was quite a rollercoaster of emotions. While we didn’t quite have the pace to win, it was great to be in the mix at the front and leading the race.

The upgrades we brought to Texas delivered a step forward and we were closer to the front than we have been recently.

Lewis drove an outstanding race to finish P2 and George scored a good haul of points despite his damaged car.

We need to keep this momentum going. We’re cautiously optimistic heading to Mexico but the W13 can be unpredictable from track to track, so we’ll have to wait and see.

It’s always good to be back in Mexico. The fans are fantastic and the atmosphere is spectacular every time we visit. They know how to put on a brilliant show so we’re looking forward to being back in Mexico City.

Nyck will be replacing George in FP1 this weekend as part of the young driver session allocation. We’re excited to see him back in W13 and seeing how he performs.

Video Feature: What is Downforce and Why is it So Important in F1?

Mexico is a unique venue for F1 with the high altitude impacting how the cars perform on the track, particularly related to the aerodynamics and downforce. Our latest preview feature talks through the importance of downforce in F1, featuring interviews with Mike Elliott (Technical Director), Claire Simpson (Aerodynamics Group Leader), Kathryn Richards (Wind Tunnel Technician) and George Russell (Driver of Car No.63).

The video is now on YouTube and is open for embedding on your websites. Details are below

We are also providing you with two broadcast formats (one is the finished social video but without music, the other features ungraded interviews and no graphics/music) on the below link, for you to use in your broadcasts or on your platforms. This is under embargo until 11AM CDT on Friday 28th October.

Feature: Downforce in Formula One, Explained

Downforce is an integral ingredient to making a Formula One car go fast out on track, but why is this the case? How do we decide the correct amounts of downforce required and what external factors influence it? Keep reading to find out.

Downforce is the vertical component of the aerodynamic forces acting on the car. As the car travels through the air, the downforce will push the car down into the ground. In terms of the aerodynamics of the car there are actually three forces: the downforce is the vertical force, the drag is longitudinal, and the side forces are lateral, with three moments operated around these axes.

Downforce is undoubtedly the most important in terms of car performance, as the more we can push the car down into the ground, the faster we go around the corners and the better the car handles. When downforce levels change, drivers can really feel it in the car. Reducing downforce causes the car to slide around more, the rear end is less stable, but you have less drag on the straights. With higher downforce, the car feels much more planted to the ground, but on the straights it can feel like you’ve got a parachute on the back of your car.

To give some perspective on how much downforce these modern F1 cars generate, it’s fairly similar now to the old regulations. At around 150 km/h, the car generates as much downforce as it weighs (the minimum weight of the car is 795kg). By the time you reach the end of the straight where the car is travelling at its maximum speed, it is probably three or four times the weight of the car.

You would assume the faster the corner, the more important downforce is, where the aerodynamic loads are the largest. But because the cars spend so much time in the low and medium speed, that’s where the biggest time loss around the circuit is, so therefore the downforce there is actually the most important. If you can push the car into the ground more through those fiddly, slower-speed sections, the better grip and traction you’ll get on corner entries and exits.

Which parts of the car generate downforce?

The majority of the downforce generated by the car comes from the floor, but there are also big contributions from the front and rear wings. Both of these elements of the car are also easier to adjust in terms of downforce level, because you can change the front wing angle or the depth and angle of the rear wing flap, to provide different downforce levels.

However, while those are the obvious aerodynamic elements, the entire car is generating downforce. Every surface and piece that the air touches are generating some form of downforce. The trick for the aerodynamicists is to get them all working in harmony to deliver maximum car performance.

How do we develop a downforce package?

The first step to developing an aerodynamic package is to start thinking about the flow structures, so what flow structures we want to make around the car to either improve performance or target performance to a specific track’s characteristics.

We would start by using Computational Fluid Dynamics (CFD) to try and achieve these flow structures, iterating a few geometries and see what has been successful. Then if we achieve the results we’re looking for in CFD, we’ll the decide what to take for a Wind Tunnel test.

On the track, the car moves through the air and goes around the track, but in the Wind Tunnel, this is flipped, so the car is stationary, and we move the road underneath the model and pull the wind over it. This simulates the same relative motion between the car, the road and the air as you see on the track. Given how limited track testing is in modern F1, the Wind Tunnel is a vital tool.

However due to F1’s aero restrictions, the amount of CFD and Wind Tunnel time given to each team depends on where they finish in the Championship. Finishing higher up the standings gets you less time for aero testing, compared to those lower down. It’s split into two sections, your position on the 1st January (we were Champions on this date in 2022, so had the least time of everyone) and the 1st July (we were third in the standings at this time, so therefore have more time than the top two).

Once a component has been successfully tested in the Wind Tunnel, it’ll then be down to the manufacturing areas of the team to make the part and deliver it to the track.

One key external influence on the aerodynamic performance of the car is the weather, particularly the wind. Aero is very sensitive so changes in wind direction or speed can impact the way a car handles.

Another important factor is the altitude, as this impacts the air density and the amount of air particles. In a location like Mexico, the altitude is very high, so there is a low air density, meaning fewer air particles to push the car down to the ground. So in Mexico you can run your maximum downforce wing used in Monaco or Budapest, but it’ll produce downforce levels similar to Monza, and the highest maximum speeds of the season.

The car will therefore perform slightly different in Mexico and the drivers will feel this in the cockpit. It’s also a challenge for car cooling because there is less air passing through the radiators and cooling vents, to lower the temperatures of key systems like the Power Unit and brakes. So extra cooling provisions are typically brought to Mexico.

Stat Attack: Mexico City and Beyond 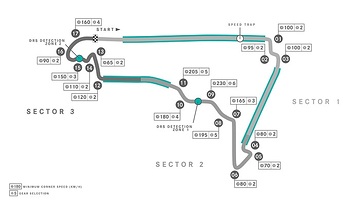 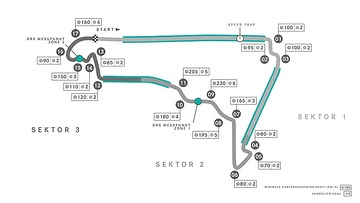 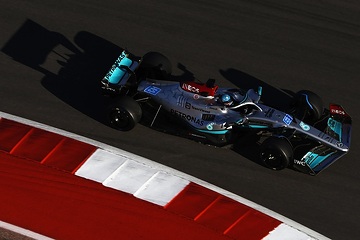