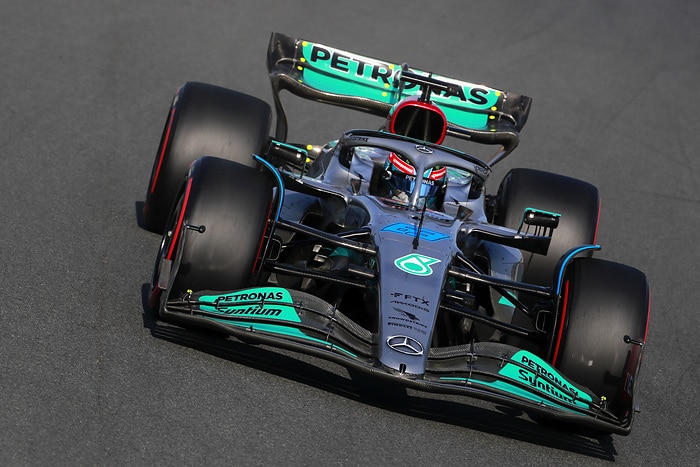 We didn’t have the fastest car across the Dutch GP weekend, but the team did a fantastic job putting us in the mix to win the race and we need to ensure we’re in that position on a more regular basis.

We took some risks in Zandvoort and not all of them worked; we exist to fight for victories and will never shy away from making bold decisions. We scored good points in our chase for P2 in the championship and it was fun to be back in the fight. Through everyone’s hard work, we’re edging closer to that first win of the season.

Emotions were running high on social media after the last race, but hate speech and abuse directed at our Team and our competitors have no place in F1. We compete hard on the track but we always have respect for our rivals.

This intense triple-header wraps up in Monza, an iconic venue with a rich history and heritage in motorsport, and of course the sea of red Tifosi.

While Zandvoort suited our car, Monza is likely to be a more challenging weekend owing to the circuit characteristics. But we’re optimistic we’ll be in better shape than other low-downforce tracks like Spa, thanks to our learning since then, and be pushing hard to be fighting for the podium once again.

Video Feature: What Do F1 Simulator Drivers Do?

Ahead of the Italian GP, we’re putting our F1 simulator drivers in the spotlight in our latest preview feature. The video talks about the role of a sim driver and their importance, featuring interviews with Anthony Davidson and Frederik Vesti (both Simulator Drivers for the Team) and Russell Paddon (Performance and Simulation Engineer).

The video is now on YouTube and is open for embedding on your websites. Details are below.

We are also providing you with two broadcast formats (one is the finished social video but without music, the other features ungraded interviews and no graphics/music) on the below link, for you to use in your broadcasts or on your platforms. This is under embargo until 11AM CEST on Friday 9th September.

Feature: Explaining the Role of an F1 Sim Driver

With limited track time in Formula One, simulation tools are becoming increasingly important for setting up and developing a car. Therefore, the role of a Simulator Driver is more crucial than ever before.

What is a simulator driver?

Our Driver-in-Loop (DiL) simulator is a state-of-the-art facility located at our factory in Brackley, using sophisticated lidar-scanned, 3D track maps and detailed virtual models of the car.

Computer simulations utilise these virtual models and pair them with a “virtual driver” to complete thousands of computer laps. In the DiL, the “virtual driver” is replaced by a real one, and it’s their job to complete running on our sophisticated F1 rig – which replicates the layout of a real F1 chassis and cockpit - and provide feedback to the engineers.

The role of a simulator driver spans before, during and after a Formula One race weekend, working with the two race drivers and a group of engineers to understand set-up changes, the feel of the car and improve our understanding of it.

We have an exciting roster of simulator drivers in our Team who all use their different experience levels and motorsport backgrounds, to contribute to making our car faster on the track.

These include long-time simulator drivers in Brackley such as Anthony Davidson, to fresher faces such as our Junior Driver, Frederik Vesti and Charlie Eastwood. Tom Gamble, Jake Hughes and Ben Barnicoat are also frequently in our simulator.

What does a race week look like for a simulator driver?

Testing in the simulator takes place five days a week and a typical day in the sim can see a driver log up to 170 laps, working through a range of different set-up tweaks and changes during this time.

The aim of the pre-event work is to establish a good baseline set-up of the car, which the drivers can then build from on Friday during the practice sessions. Finding a realistic balance between understeer and oversteer, and getting an initial feel for how the car behaves under braking and in the traction zones.

During the race weekend, the sim drivers will then watch and observe the first and second practice sessions. During FP2, the fastest lap time from the race drivers will be taken and the sim team will try and correlate their car the best they can, so the sim driver can jump in the rig and drive the car exactly how they were, taking the same lines and trying to match the data the best they can.

From there, it’s all about throwing different set-up options at the car, in the hunt for more performance. The loop will then be closed with the correlation of the track data, so the potential changes can be analysed and fed back to the trackside team.

More often than not, the findings from the Friday support role are brought to the car and help improve performance on track. These sessions take place whatever timezone the trackside team are on, so sometimes the sim crew are working throughout the night in the UK to deliver feedback.

After the event, sim running will take place to fine tune the correlation and review the race weekend, understanding if any opportunities had been missed which could have improved car performance.

Why is the simulator running so important?

Formula One teams used to have much more freedom and flexibility with running their cars on track, but over the years, these opportunities have decreased. Now, there are very few chances for teams to hit the track with their current-spec car, outside of race weekends.

But in the simulation world, opportunities are almost limitless. And parts can be tried on the car before they are even produced or manufactured, which is incredibly useful to determine whether they deliver performance to the car and are worth making.

With the new regulations that were brought in for 2022, there’s been so much more to discover about the car, because they behave so differently to their predecessors. And with little track time to gather data, simulation tools such as the DiL are hugely important.

Having simulator drivers completing hundreds of laps each week is a massive help in understanding a car’s issues and working on solutions that can be trusted.

How close to reality is an F1 simulator for the drivers?

As the software and hardware of F1 simulators evolves, it gets closer and closer to the real thing. Which makes them all the more useful. If it can be driven more like a real car and can feel more like a real car, the feedback will be more accurate and therefore more performance can be found.

Modern F1 simulators feature real chassis, pedals, steering wheels and the drivers will often be kitted up in race suits, gloves and helmets to get as close to reality as they can. The sim hardware simulates the movements of an F1 car with impressive realism, so the drivers feel every bump, snap of oversteer or kerb.

Anthony Davidson has been driving in the F1 simulator in Brackley for over a decade. “I am always amazed by how close the data can match the real car and that didn’t really used to happen, whereas today it feels more like a real car,” he says, on how realistic modern F1 simulators are.

“The way the car behaves, the way that not just the hardware of the sim itself behaves but the software, and I say both of those have been an equal rate of development. I have seen the simulation and computational power just go off the chart and I can't imagine where it will be in another 20, 30 years. It never stops.”

Stat Attack: Italy and Beyond 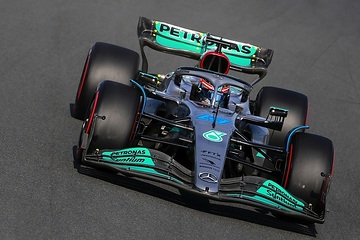 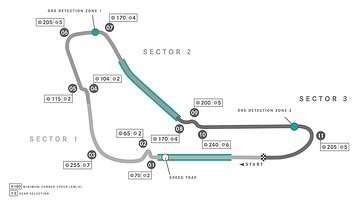 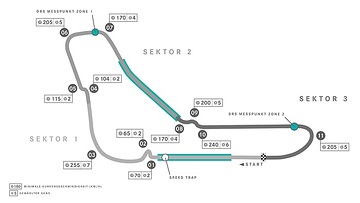